Toronto, ON – The Canadian Hockey League today announced the final results of the 2012 CHL Import Draft.

The 21st annual CHL Import Draft had two rounds and included a total of 77 players selected from 11 different countries led by 20 from both the Czech Republic and Russia consisting of a total of 52 forwards, 17 defencemen, and 8 goaltenders.

The QMJHL’s Moncton Wildcats acquired the first overall pick through a trade with the Sherbrooke Phoenix and selected Russian forward Ivan Barbashev, a 16-year-old eligible for the 2014 NHL Entry Draft.  Barbashev scored five goals and three assists for eight points in six games at the 2012 World Under-17 Hockey Challenge where he captained Team Russia to a gold medal victory.  The WHL’s Prince Albert Raiders also selected a 16-year-old forward eligible for the 2014 NHL Entry Draft when they picked Leon Draisaitl from Germany with the second overall pick.  Draisaitl also competed in the 2012 World Under-17 Hockey Challenge leading the ninth-place Germans in scoring with five points in five games.  The OHL’s Erie Otters selected third overall and picked 18-year-old Swedish goaltender Oscar Dansk who was also a second round pick, 31st overall, to the Columbus Blue Jackets in the 2012 NHL Entry Draft.  Dansk backstopped Sweden to a silver medal at the 2012 IIHF World Under-18 Hockey Championship in April.

Each team in the CHL is permitted to carry two European Import players each season.  These players are selected annually at the Import Draft, with the order of selection rotating through each of the three leagues in the CHL using an inverse order of their final regular season standings from the 2011-12 season.

Last season the London Knights used the first overall pick to select defenceman Olli Maatta who was recently chosen 22nd overall by the Pittsburgh Penguins at the 2012 NHL Entry Draft.  Maatta was one of 11 current CHL import players selected in the 2012 NHL Entry Draft including four in the first round headlined by Nail Yakupov who was selected first overall by the Edmonton Oilers after being the second overall selection of the Sarnia Sting in the 2010 CHL Import Draft.  Other import players selected in the first round include Mikhail Grigorenko of the Quebec Remparts picked at number 12 to the Buffalo Sabres, followed closely by Radek Faksa of the Kitchener Rangers who went at 13 to the Dallas Stars.  Grigorenko was chosen second overall by the Remparts last season, with Faksa picked at number 22 by the Rangers the same season.

The 2012 CHL Import Draft results are listed online along with an eight-year historical recap of the draft which can be viewed at http://www.chl.ca/draft/chl .

2:03
KubotaTopProspectsGame
The Game: Showtime
13 hours ago 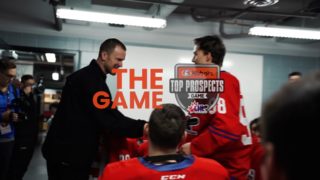 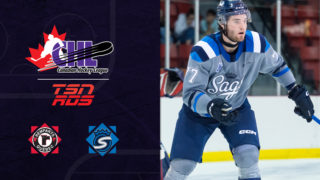 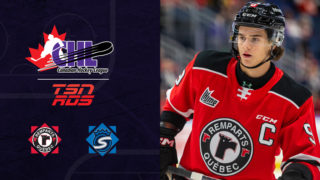 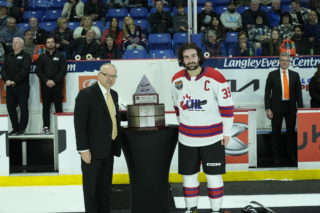 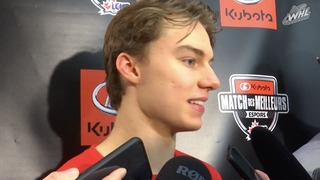