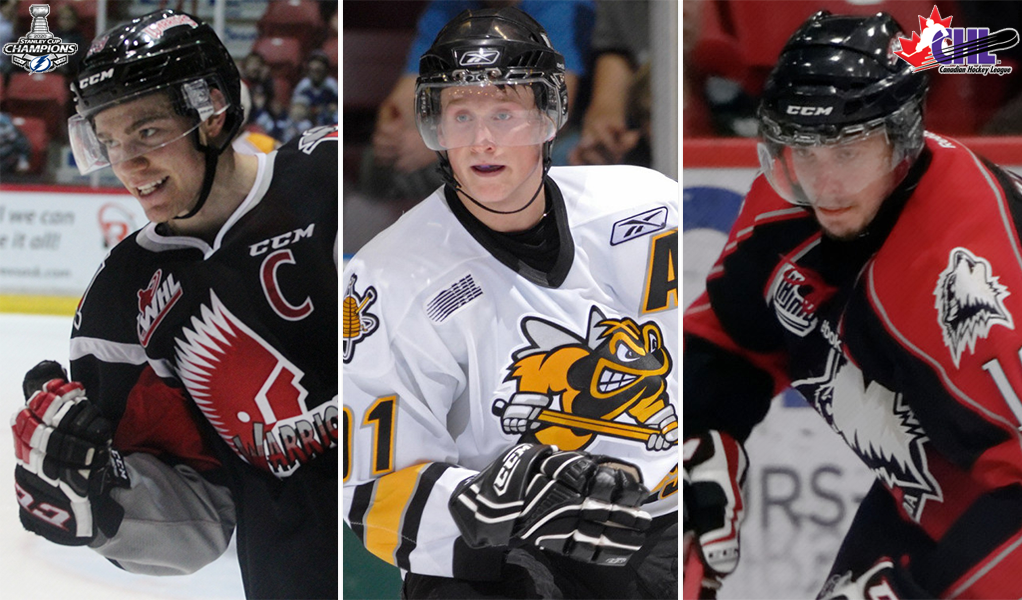 The win caps one of the most unique seasons in National Hockey League history with 130 post-season games played inside the Edmonton and Toronto bubbles without fans as a result of the COVID-19 pandemic.

“I’m speechless,” captain Steve Stamkos (Sarnia Sting) told Sportsnet’s Scott Oake post-game. “It’s one of the greatest feelings in the world and to be able to celebrate with this group of guys is a dream come true.”

The first overall pick in the 2008 NHL Draft saw just 2:47 of action while battling injury but made the most of his time on ice scoring a pivotal goal in Game 3.

“These last six weeks have been really emotional for my family and I, not only on the ice but off the ice,” Stamkos added. “I’m so proud of this team and their effort. It’s just magical to be part of.”

"I'm so proud of this team and everything that we've accomplished."@TBLightning captain Steven Stamkos tells @ScottOake winning the #StanleyCup is a dream come true.#NHLonSN pic.twitter.com/PvT3aec1su

Brayden Point (Moose Jaw Warriors) produced the game’s winning-goal when he opened the scoring on the power play at 12:23 of the first period. The goal was his league-best 14th of the playoffs which set a new franchise record, while his 33 points trailed only teammate Nikita Kucherov (Quebec Remparts/Rouyn-Noranda Huskies) who had a team record 34.

“I think the beauty of our team was everyone chipping in,” Point told Oake. “We had tremendous depth, we got contributions from everyone at different times, and that’s what makes this win so special. I can’t be more proud of this group.”

Kucherov’s 34 points included 27 assists which goes down in history as the fifth most in a single playoff. He and Point both produced five-game point-streaks during the Stanley Cup final which hasn’t happened for two teammates since 1994.

“I feel good,” Kucherov said during his post-game media conference. “I feel awesome. At the same time, I can’t really tell you how I feel. Just really excited.”

Seven of @86Kucherov's 27 assists during the postseason came during the #StanleyCup Final. He fell three shy of the most by any player in the Final series in NHL history. #NHLStats pic.twitter.com/tQ4oVoQBha

Of note, Patrick Maroon (London Knights) became just the eighth player in NHL history to win in back-to-back seasons after being part St. Louis’ first ever championship in 2019. Luke Schenn (Kelowna Rockets) also celebrates one year after his brother Brayden hoisted the cup with the Blues. Schenn was part of the 2008 NHL Draft class headlined by Stamkos as well as third overall pick Zach Bogosian. Their 12 years of NHL experience, however, trails Braydon Coburn (Portland Winterhawks) who wins after playing 964 career games in parts of 15 seasons.

Pat Maroon of the @TBLightning is the eighth different player in NHL history to win a #StanleyCup in consecutive seasons with different teams.#NHLStats: https://t.co/oTGhm6xJqm pic.twitter.com/jfmPvXGdZB

The Lightning also featured key contributors like Ondrej Palat (Drummondville Voltigeurs) who was a seventh round pick by the club in 2011, and the likes of Yanni Gourde (Victoriaville Tigres) and Barclay Goodrow (North Bay Battalion) who were both undrafted to the NHL. Goodrow becomes the first ever member of the Battalion to win a Stanley Cup, while Cedric Paquette (Blainville-Boisbriand Armada) and Mathieu Joseph (Saint John Sea Dogs) now hold the same distinction for their former clubs.

Every person on a championship team has so many people who helped them get there, and now they get to share in the joy. pic.twitter.com/oRU5kiiZIi

The Stars featured 16 CHL alumni including captain Jamie Benn (Kelowna Rockets) who finished the playoffs with 19 points in 27 games. Tyler Seguin (Plymouth Whalers) had five assists during the finals, while a pair of Memorial Cup champions in Corey Perry (London Knights) with three goals in the finals and Alexander Radulov (Quebec Remparts) with four assists in the last six games were also among the team’s top performers. The play of goaltender Anton Khudobin (Saskatoon Blades) will also be remembered as one of the post-season’s success stories.

This marks Tampa Bay’s second Stanley Cup title in franchise history after first winning in 2004. Their playoff journey included a league-record 221:14 overtime minutes while becoming just the third team in NHL history to win after being swept in the first round the previous year.