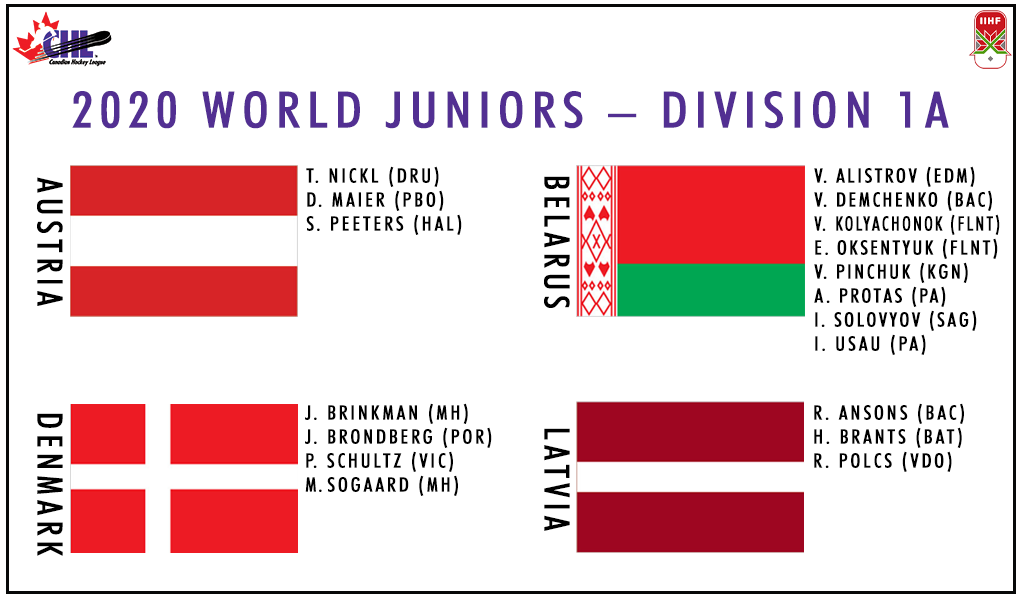 Six nations including Austria, Belarus, Denmark, Latvia, Norway, and Slovenia competed in the Division 1A portion of the 2020 IIHF World Junior Championship. On Sunday, Austria picked up its fourth win of the tournament, giving it 12 points in five games to earn the right to advance to the top bracket in the 2021 edition.

In all, 18 CHL talents competed in the tournament, including a leading eight with Team Belarus headlined by Prince Albert Raiders centre and Washington Capitals prospect Aliaksei Protas. Rounding out the list includes four players with Denmark and three each competing with Austria and Latvia.

Last season, Germany earned the right to move up to the top division, doing so this year in place of Denmark who lost in relegation to Kazakhstan.