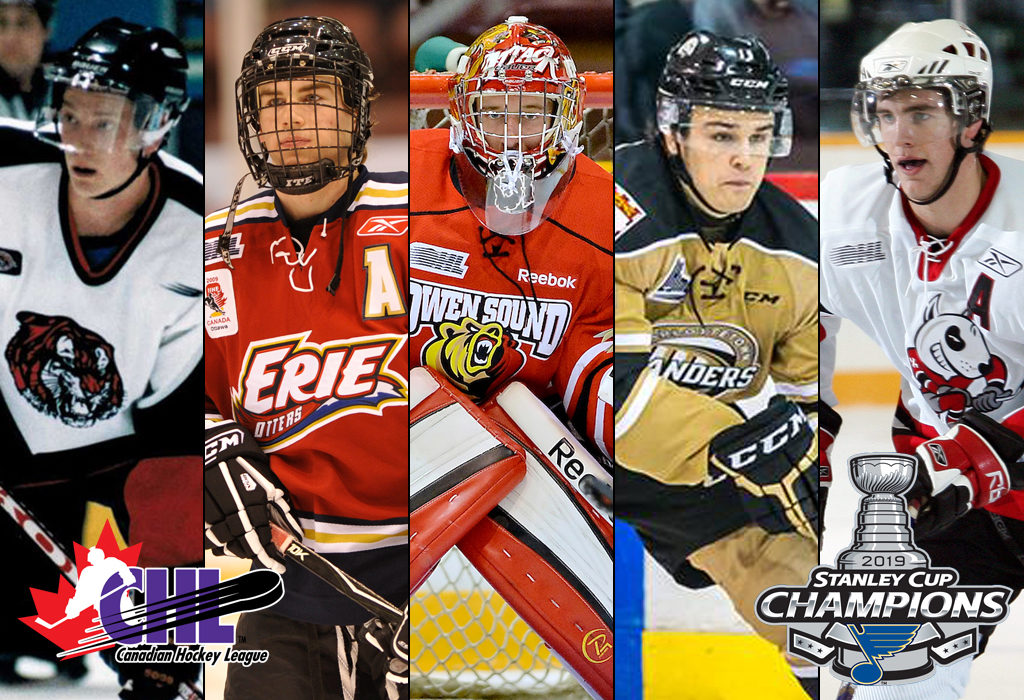 The St. Louis Blues are the 2019 Stanley Cup champions.

For the first time in the franchise’s 52-year history, the Blues hoisted the Stanley Cup after defeating the Eastern Conference champion Boston Bruins by a 4-1 score in Game 7.

Providing a majority of the offense for the Blues was a trio of CHL graduates in Ryan O’Reilly (Erie Otters), who tipped a Jay Bouwmeester (Medicine Hat Tigers) point shot by the Bruins’ Tuukka Rask with less than four minutes remaining in the first period to open the scoring. The tally marked O’Reilly’s eighth goal of the postseason, bringing him to a team-leading 23 points, which later helped him claim the Conn Smythe Trophy as the MVP of the Stanley Cup Playoffs.

“Once we got that lead, we knew were going to get it. It was unbelievable. We worked so hard,” an exuberant O’Reilly told Hockey Night in Canada’s Scott Oake following the victory. “I really tried to leave it out there every shift, stop trying to worry about the outcome, and give everything I have one shift at a time.”

Captain Alex Pietrangelo (Barrie Colts) then added to the offense, making it a two-goal lead with just eight seconds left in the first period after he capitalized on an untimely line change by Boston.

Forward Brayden Schenn (Saskatoon Blades) then provided the dagger in the final frame when he accepted a perfect pass from the corner from Vladimir Tarasenko before firing it past Rask.

“It’s incredible. It doesn’t even feel real,” Schenn told Oake. “It’s unbelievable. What a group. It’s been so fun to be a part of it.”

Blues winger Zach Sanford added one more in the third period while defenceman Matt Grzelcyk secured the lone tally for the Bruins en route to the 4-1 final.

Between the pipes, the Blues got strong support from 25-year-old netminder and Calder Trophy nominee Jordan Binnington (Owen Sound Attack), who turned aside 32 shots to claim his 16th win of the postseason alongside a .914 save percentage and 2.46 goals-against average.

The championship underlines an incredible turnaround season by the Blues that saw the club sitting in last place league-wide as the calendar turned to 2019, only to put together a 30-10-5 showing through the final 45 games of the regular season to clinch third place in the Central Division. The remarkable comeback coincided with a change behind the bench as associate coach Craig Berube (Medicine Hat Tigers) was appointed interim head coach only weeks earlier.

In all, 18 CHL graduates are a part of the Blues’ championship squad: