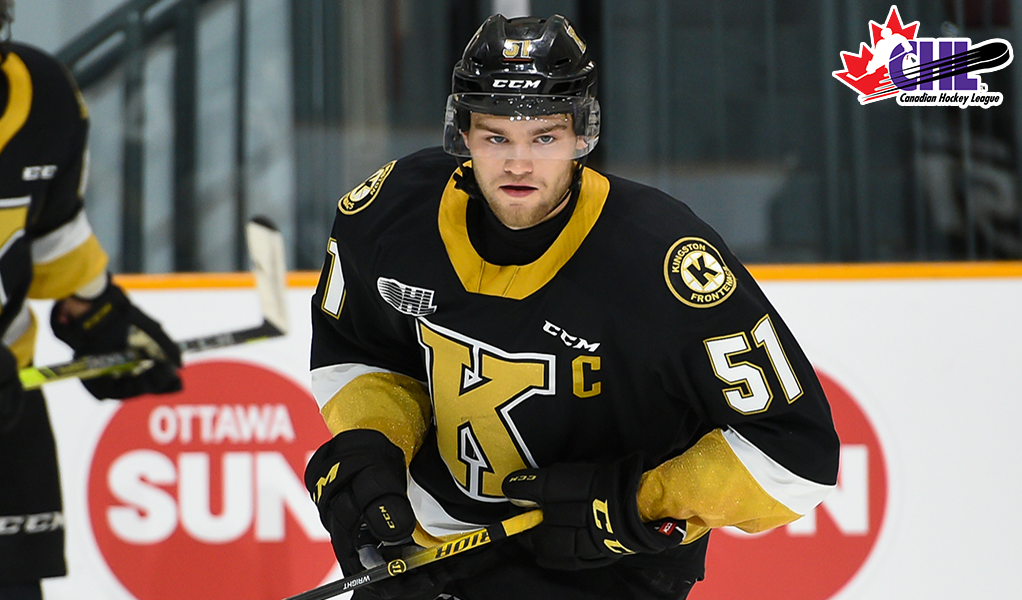 The Canadian Hockey League today announced that 151 CHL players have been listed in NHL Central Scouting’s Midterm Rankings ahead of the 2022 NHL Draft.

The total includes 131 skaters with 55 from the Ontario Hockey League, 44 from the Western Hockey League, and 32 from the Quebec Major Junior Hockey League. An additional 20 CHL goaltenders are ranked with the WHL leading the way with nine followed by seven from the OHL and four from the QMJHL.

Kingston Frontenacs captain Shane Wright ranks first overall among all North American skaters following a successful start to the 2021-22 campaign in which he has scored 30 points counting 11 goals and 19 assists in 22 games. Wright is then followed by Winnipeg ICE centres Matt Savoie and Conor Geekie at third and fourth, respectively. Saginaw Spirit blue-liner Pavel Mintyukov leads all North American defencemen, ranked fifth overall, while Tyler Brennan of the Prince George Cougars tops the charts among all North American goaltenders.

In all, 54 CHL clubs are represented in the rankings led by the London Knights with eight listed players, including defenceman Isaiah George, the 42nd ranked North American skater. Following London, the Guelph Storm and Swift Current Broncos each have six ranked players, while the Gatineau Olympiques and Moncton Wildcats top the QMJHL with four players each.