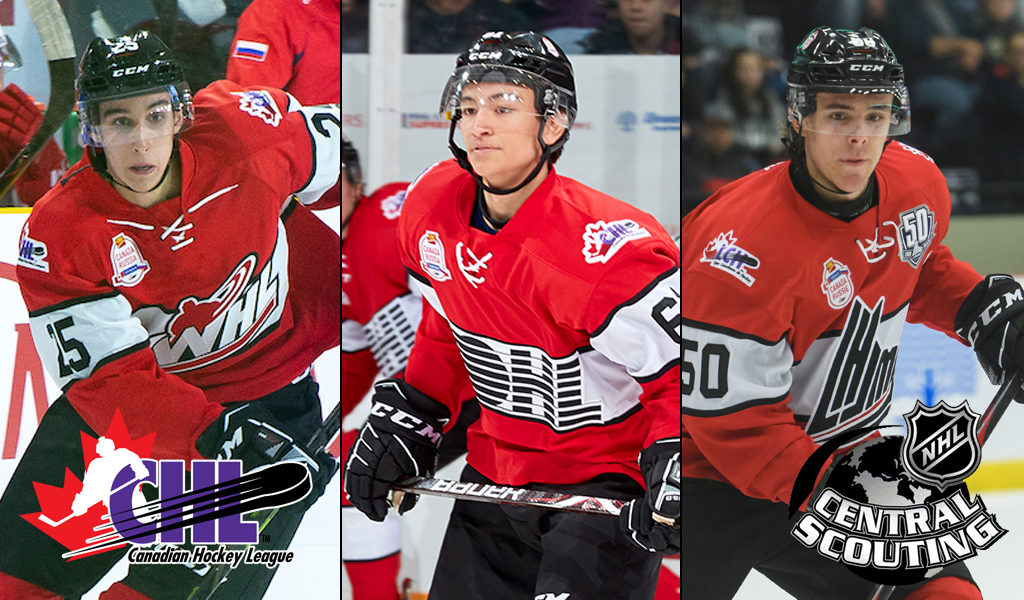 128 players from the Canadian Hockey League have been listed among NHL Central Scouting’s November ‘Players to Watch’ list for the 2019 NHL Draft which takes place June 21-22 in Vancouver, BC.

11 skaters received an ‘A rating’ which indicates a first round candidate.

Each league had ‘A’ ranked representatives, with the WHL featuring six, followed by both the OHL with three and the QMJHL with two.

In the OHL, ‘A’ ranked players include forwards like former first overall pick Ryan Suzuki (Barrie Colts), Arthur Kaliyev (Hamilton Bulldogs), and defenceman Vladislav Kolyachonok (Flint Firebirds) who rises up the list from a ‘B’ rating in October.

78 CHL players were selected in the 2018 NHL Draft including 13 players chosen in the first round.